Last Friday we were delighted to welcome Pamela Cookey for a talk and coaching session with Embley Sports’ scholars. Pamela is a former England netball captain and her range of achievements include being a seven times Super League Champion and winning two Commonwealth Bronze medals, two World Championship Bronze medals and an U21 World Championship Silver medal.

Sports scholars enjoyed a fascinating talk about Pamela’s netball career after which they were able to ask Pamela about her experiences of playing at the top level and discover what it takes to be the best. Afterwards students had the opportunity to watch Pamela deliver a training session to the Senior Girls’ netball team. 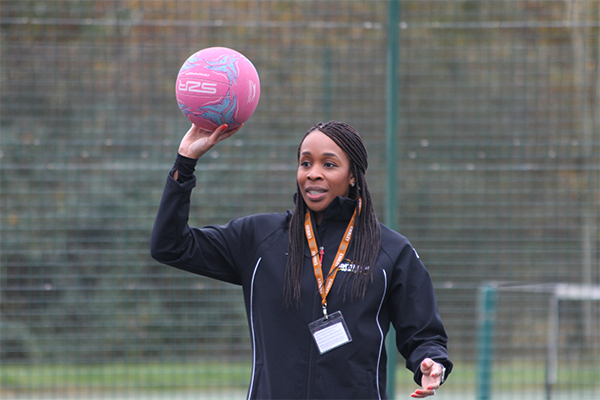