Embley students were the fastest team of young sailors in this year’s Round the Island Race, securing first place overall in the ISCRS division on Embley (Stewart 37), taking home the Silver Guilt Roman Bowl & Salver.

From force 5 winds and a swell of 2m – 3m, through to a sprint with Embley accelerating up to 13.7 knots (a record), the race was full of challenges and adventure. From crossing the start line at 09:20 through to the finish line over 7 hours later, Embley kept stretching her lead – finishing a full 30 minutes ahead of all other yachts in her ISCRS class. King George romped home half an hour later and up against national, international, professional and life-long racers, pushed through into a respectable place.

Congratulations to the following students who competed in the race: Jack and Ed in Year 13, Olivia in Year 12, Max in Year 11, Emily and Teo in Year 10, Dessie, Max, Amelie, Henry and Tom in Year 9, and reserves Harry W in Year 9 and Ellery in Year 10.

Jonathan Churchill, Head of Sailing at Embley, said: “The collective impact of the Embley Keelboat experience comes into sharp focus when you witness the grit, determination, skill and discipline that these young racers all now demonstrate. And not one of them sees their achievement as personal – it really is the whole package, a genuine team challenge. King George, Embley and every student who takes on the keelboat challenge every day of each week of the season, you are extraordinary. Well done.”

Thank you to our skippers: Kevin Podger, Julian Smith and Julie Willis along with Alastair Gosling for his very practical support on the day. 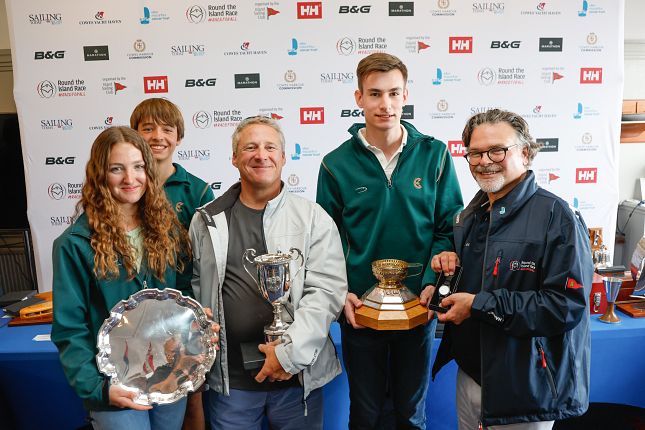